Do you want to cut your videos, trim out parts you don’t want, and extract highlights? Maybe you’d like to edit your videos in other ways too and make alterations or touch them up in different ways? The range of video cutter and editor tools available on PCs nowadays is pretty staggering, and they come in many shapes and sizes. Some are free while others are not, some have lots of features and others just have a few. 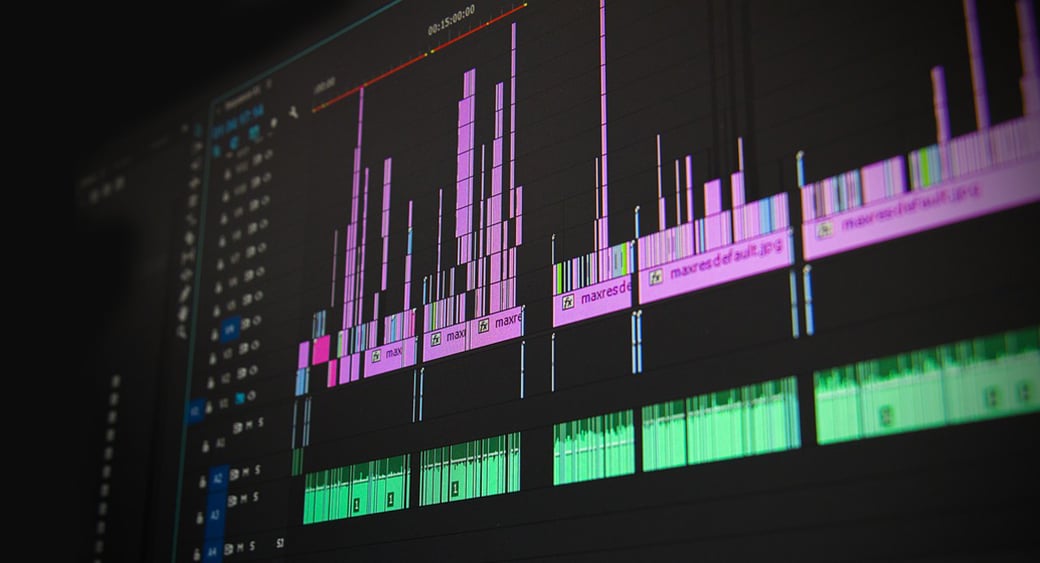 It can be pretty tough to try to figure out which video cutter or video editor you should be using. But as a place to start, you should check out the 15 best options that are available. 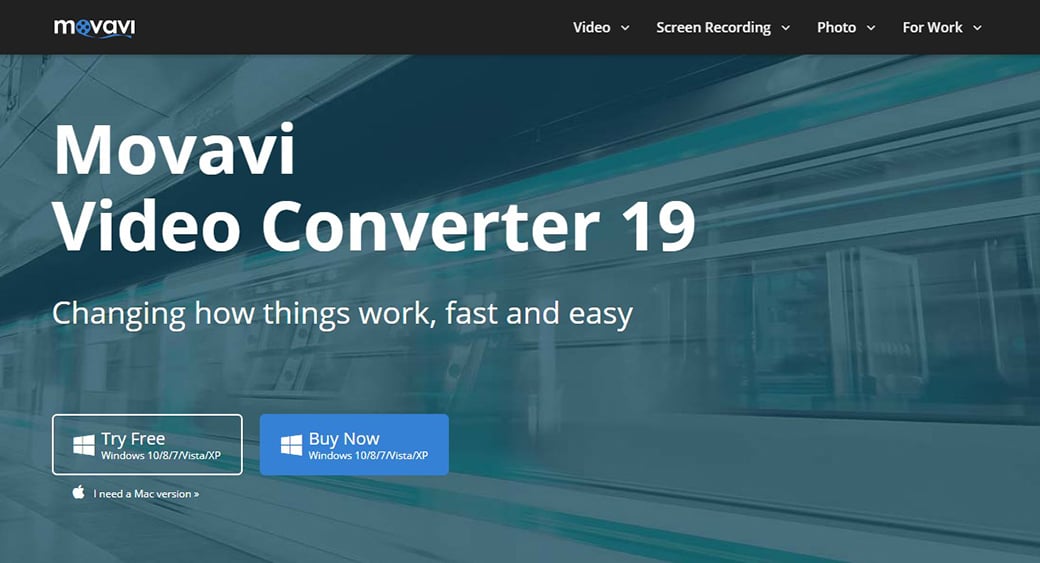 It might be designed primarily to convert videos, but Movavi Video Converter can do a whole lot more than that. As far as cutting and editing are concerned it will let you cut, trim, and combine your video clips as well as stabilize, enhance, rotate, crop, add text, and a whole lot more.

In addition to all that it can convert audio and image files, and will even let you cross-convert between media formats so you can create animated GIFs from your videos, or extract the audio from them. All of that is wrapped in an intuitive and easy-to-use package that makes Movavi Video Converter definitely worth checking out. 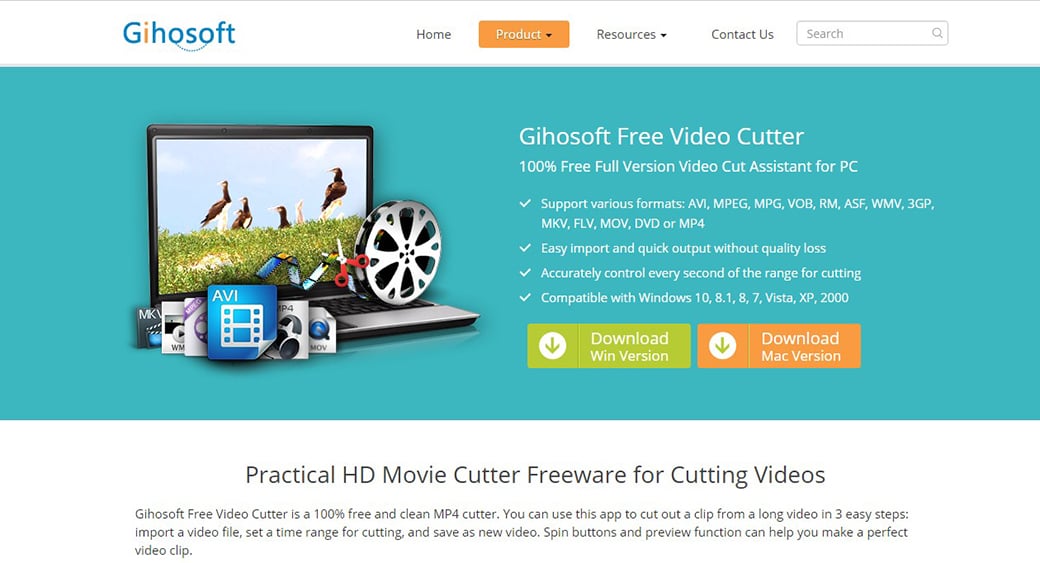 Don’t be fooled by its cartoon-ish interface, Gihosoft is great at what it does – which is cut video files. It is designed to make cutting videos easy and includes spin buttons so that you can quickly yet precisely move to the exact second that you want to cut the video.

Overall Gihosoft is one of the better free video cutters out there and supports most of the more common video formats. It can deal with large video file sizes quite easily, and you can export them in any format you require without losing quality along the way. 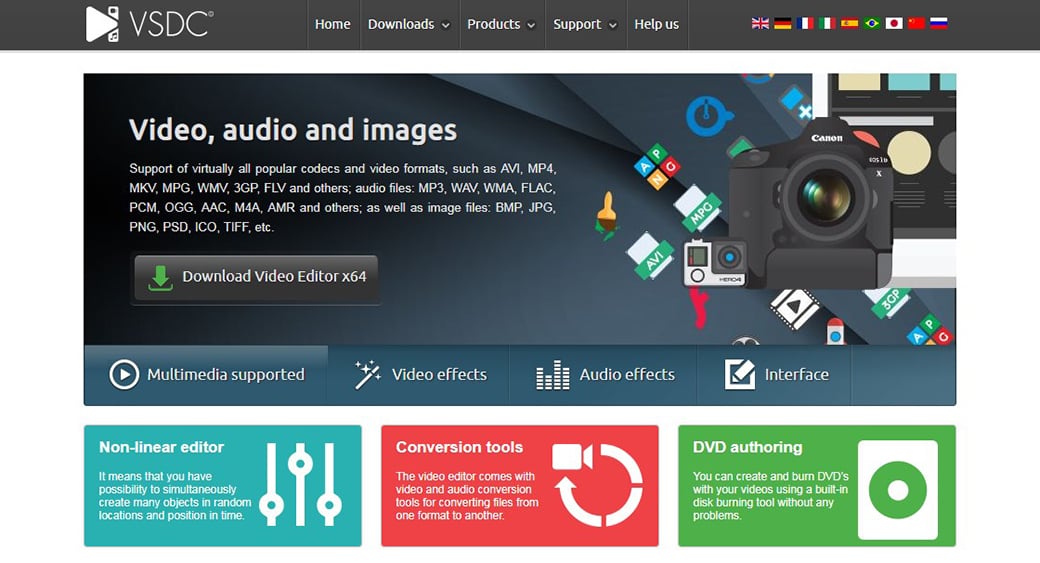 Although not as popular as some other options, VSDC Video Editor is a really solid tool if you want to cut, trim, join, or edit videos. It has a multi-track timeline that makes it easy to cut numerous video clips together.

Alongside its cutting tools, VSDC Video Editor has a host of other features for color correction, filters, transitions, and more. It also supports a wide range of formats and is one of the few free editors to support newer formats such as HEVC (H.265). 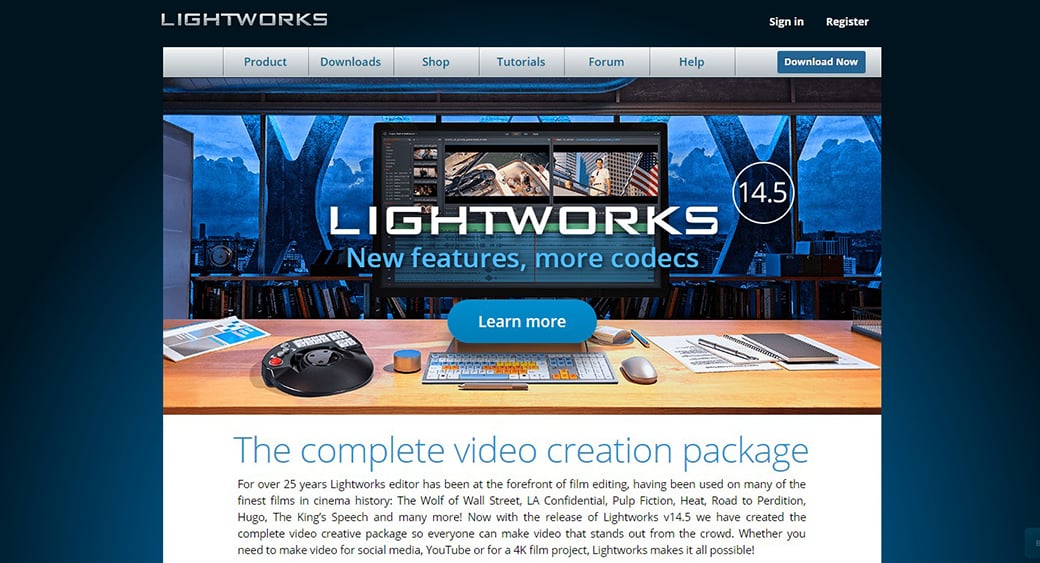 Lightworks is a powerful video cutter and editor that can hold its own against some of the more professional options out there. It provides easy timeline-based video trimming and editing and has a host of features including color correction, effects and more.

It should be noted that although Lightworks can be used for free you may need to pay to export higher resolution videos. That can be done either via a subscription or a one-time payment, depending on your preference. 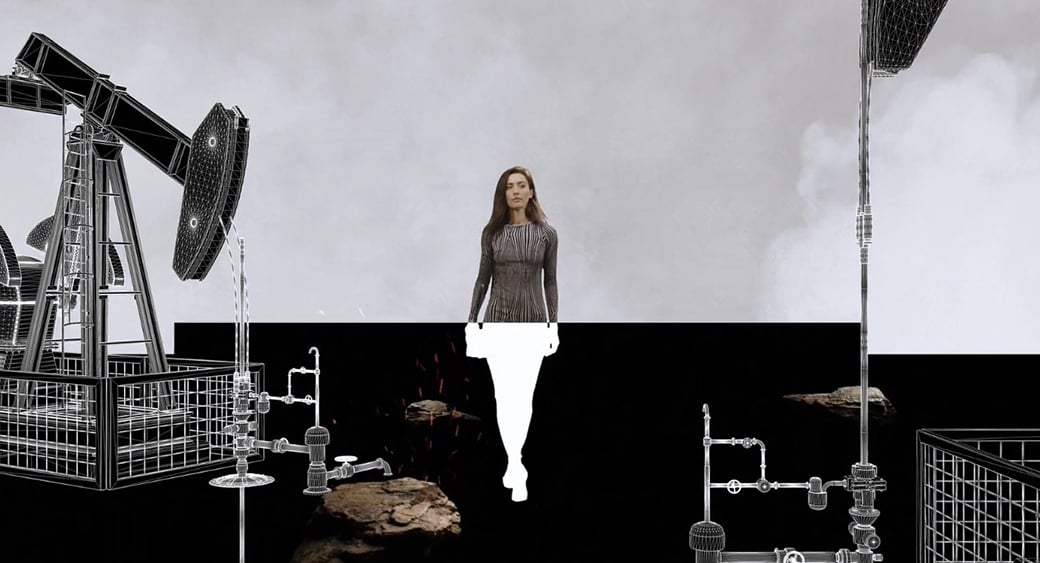 The paid version expands on those tools and introduces a wide range of even more powerful features into the mix. However despite its relatively clean and intuitive interface, DaVinci Resolve is not the easiest editor for beginners, and it does have a steep learning curve. 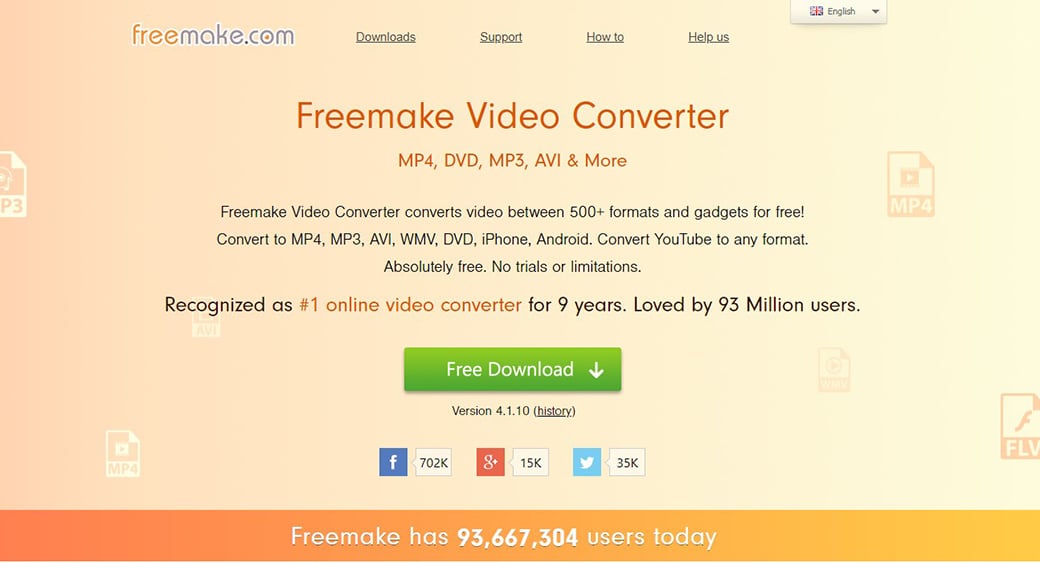 The features in Freemake Video Converter make it able to act as a capable video cutter and trimmer. Naturally, it can also convert videos between practically any formats and has other tools to save videos from online streaming platforms, rip and burn Blu-ray or DVD, and more.

Overall it is easy to use and can be used freely without any hidden costs – making it a quick and reliable option if you just need basic features. 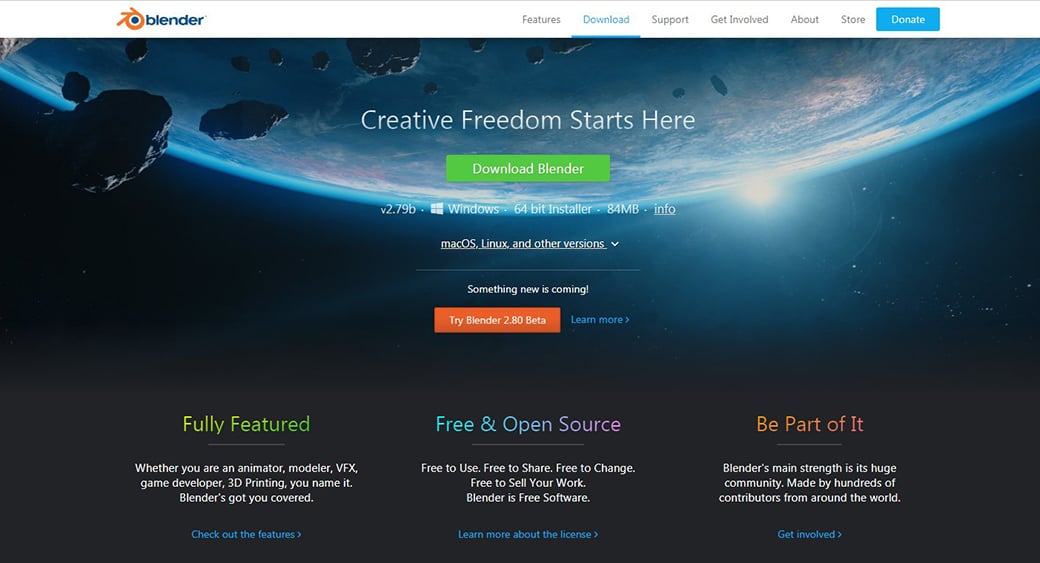 Technically Blender isn’t a video editor or trimmer, but is a powerful 3D modeling, rigging, animating, and video editing tool. As you can imagine that means its features are pretty stacked – to say the least.

While Blender does pack in a ton of functionality, it is not very beginner-friendly. If you have the time to invest in getting past its learning curve however, there isn’t much that it can’t do. 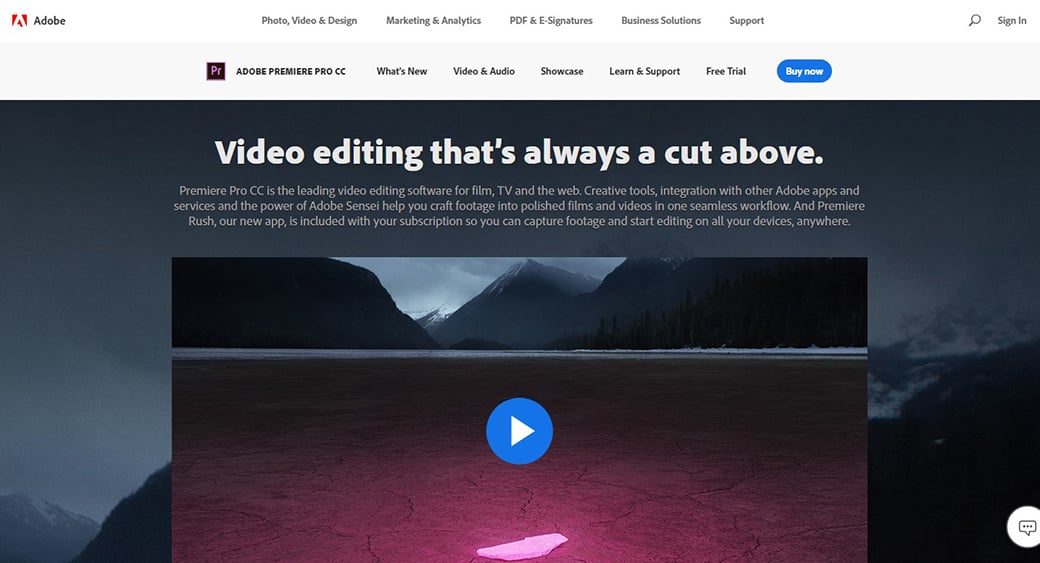 Few editors are as popular as Adobe Premiere Pro and you can either get it on its own or as part of Adobe’s Creative Cloud suite that encompasses Photoshop, Illustrator, InDesign, and other titles. Essentially it is a powerful yet intuitive editor, and can easily cut, trim, and alter your videos in practically any way that you would need.

One of the main advantages of Premiere Pro is its huge community of users and the fact that there are tons of resources geared towards it. 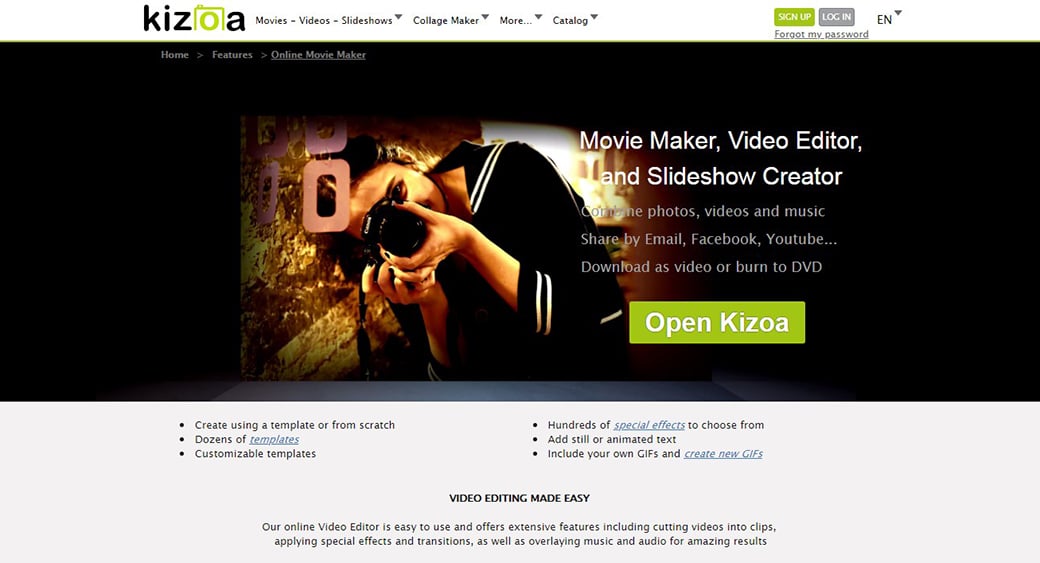 If you want to be able to cut, trim, and edit videos right in your browser, Movie Maker Online is a good place to start. Its features may not be that extensive, but it does include the essentials, such as filters, transitions, text elements, and more.

Keep in mind that it is ad-supported and that can be distracting. However aside from that, it is a useful online video editor – albeit one that can only export in MP4.

As its name suggests, Free Video Cutter Joiner is a free tool to cut and join videos. It is simple, clean, and very, very basic – and is designed solely to allow users to quickly and easily cut or join videos.

If you’re looking for a basic tool, Free Video Cutter Joiner is a decent option. It doesn’t support many formats, but it does support the more common ones that you are likely to encounter. 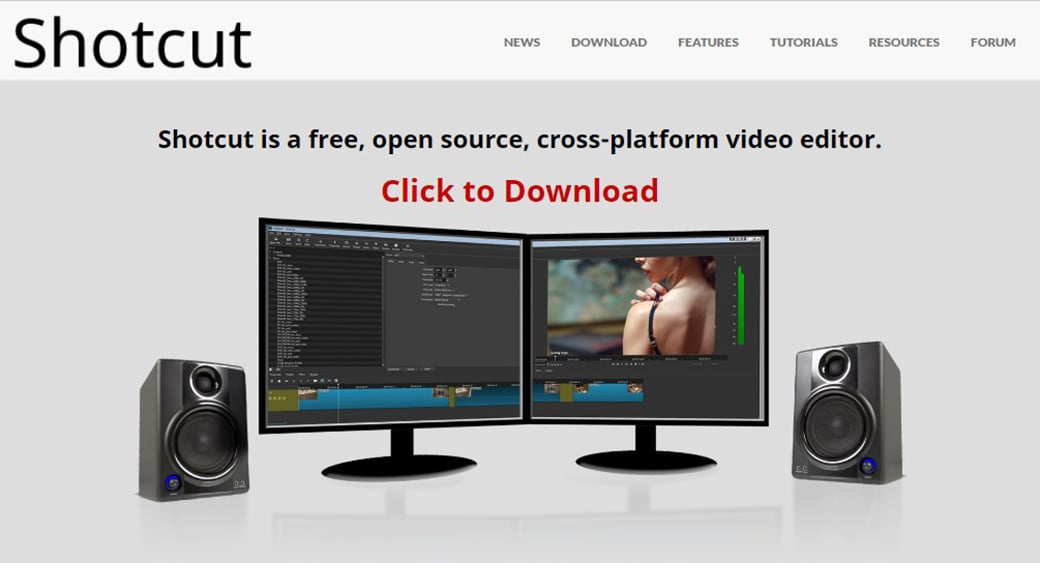 It may not be that widely-known, but Shotcut is a very interesting free, open-source and cross-platform editor. Not only can it cut and trim video files, but it has a wide range of editing tools that make it able to compete against prosumer and professional editing software.

The impressive range of support for video formats, 4K video, and hardware support are especially noteworthy in Shotcut. Its interface can take a bit of getting used to, but it isn’t that much more complicated than most other editors in its class. 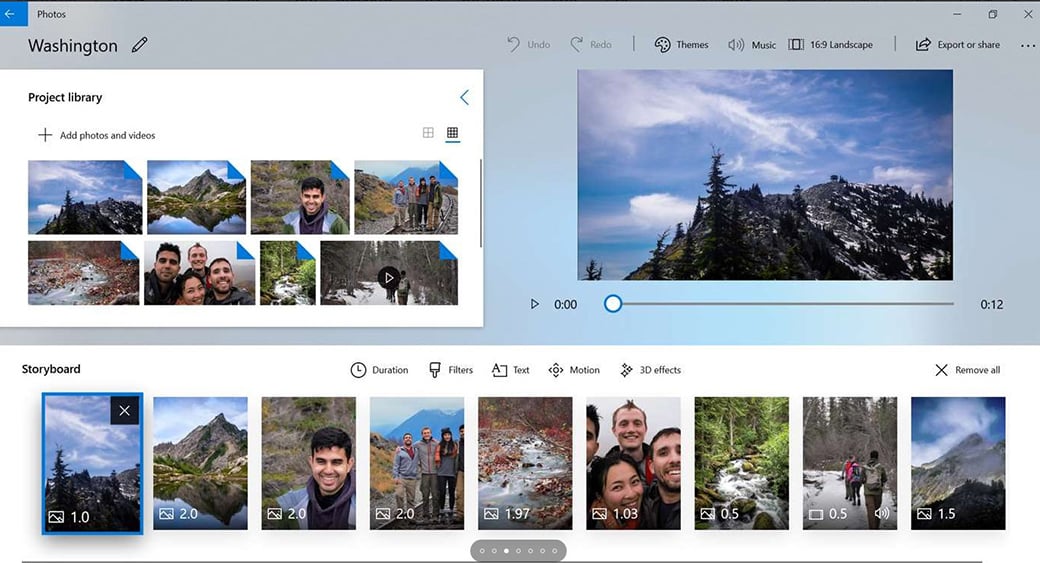 If you don’t want to download an additional video cutter and editor, you can actually use the Photos app in Windows 10 to split and trim videos. It may not be the most feature-rich editor, but it does have a handful of other tools available as well – along with an interesting ‘Story Remix’ option to automatically compile videos.

Suffice to say it isn’t going to replace a video editor (or even some of the more capable video converters) – but it can be a good tool to use in a pinch. 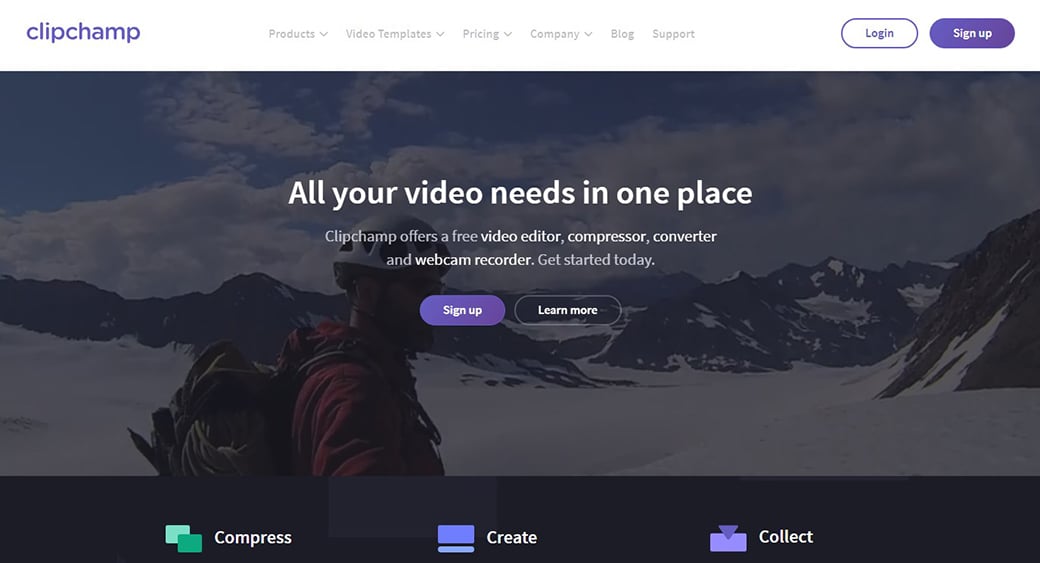 Unlike most other online editors, ClipChamp will let you record videos from your webcam – or upload videos that you’ve recorded previously. Once you do you can cut and trim them, or crop, flip, rotate and adjust the brightness or contrast.

Although its features are on the basic side, ClipChamp is a decent option to edit short clips quickly. That being said it does have limitations, and on the free version, you will only be able to export videos in Standard Definition (SD). 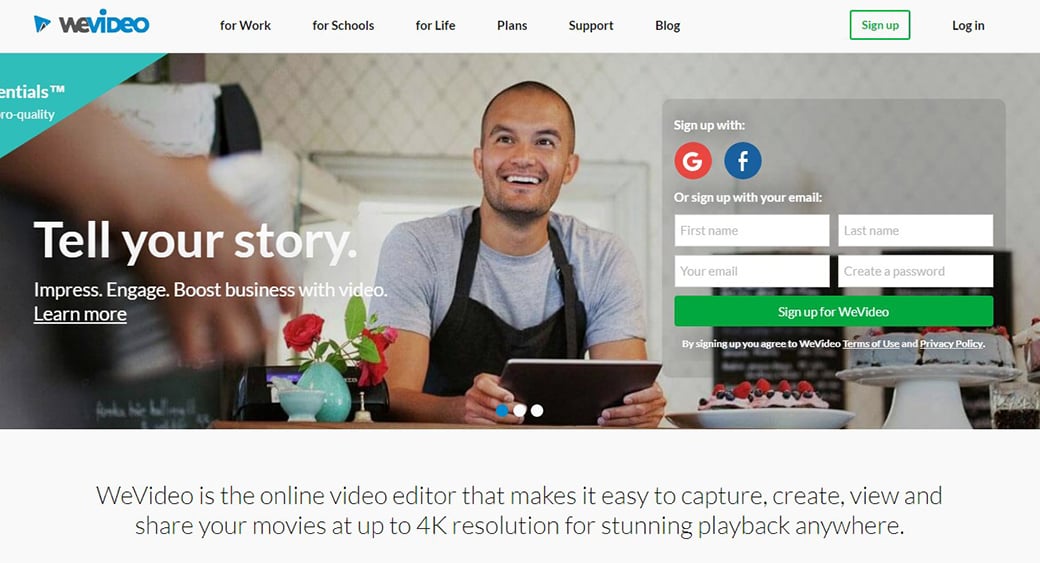 WeVideo is a simple cloud-based editing platform that is designed to allow users to edit videos easily on computers or mobile devices. Once you’ve uploaded your videos to its cloud storage you can edit, cut, and trim them as you require.

The features in WeVideo cover most of the essentials including effects, filters, audio tools, and more. On top of that, it has a decent media library that you can pull resources from if you need to. It does have limitations on its free plan, however, and can only export in SD unless you pay for a subscription. 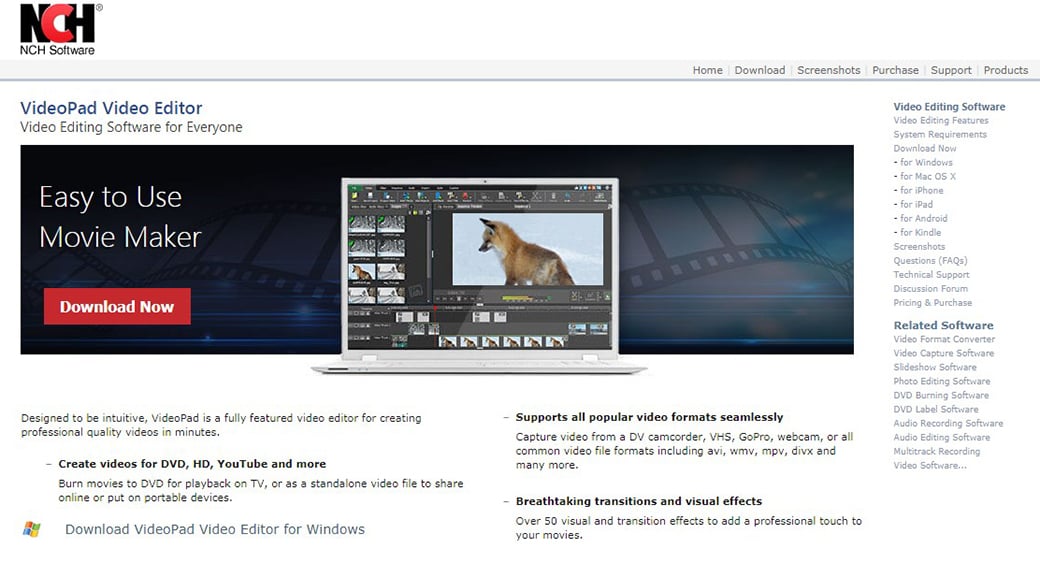 Designed to provide beginners with an easy way to cut video and audio, the VideoPad Video Editor is simple and intuitive. It will make it easy to cut and trim videos, mix in audio, and apply effects and transitions.

The one major downside of this editor is that MP4 export is restricted to the paid version, which may be an issue.

Video Cutter and Editor – Summing It Up

All in all, you should have an idea of just how diverse the tools to cut and edit videos on a PC can truly be. That being said among the 15 options listed above you should definitely be able to find one that is a good fit.

It may help to start by trying some of the free options or trials that are out there. That way you can get a feel for how each one works, and make a more informed decision once you do.

Tags: video content video gallery video tutorials
Author: Austin Lee
Austin is a freelance blogger.
Thank you for subscribing to MotoCMS blog!
This email is already in use.
Something went wrong. We are fixing this. Try a bit later. 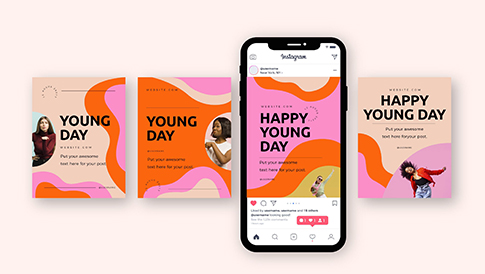 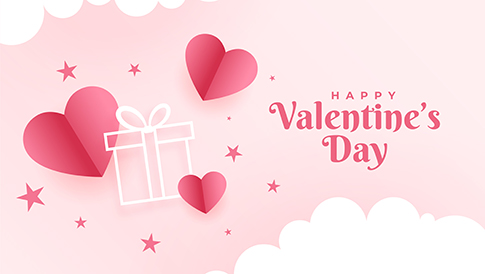