Working with large video files can be challenging. However, unfortunately, video trimming software is a necessity when it comes to high-quality videos. While there are ways to compress video files, many will result in the quality being reduced and as a rule, it is best to avoid compressing videos multiple times. 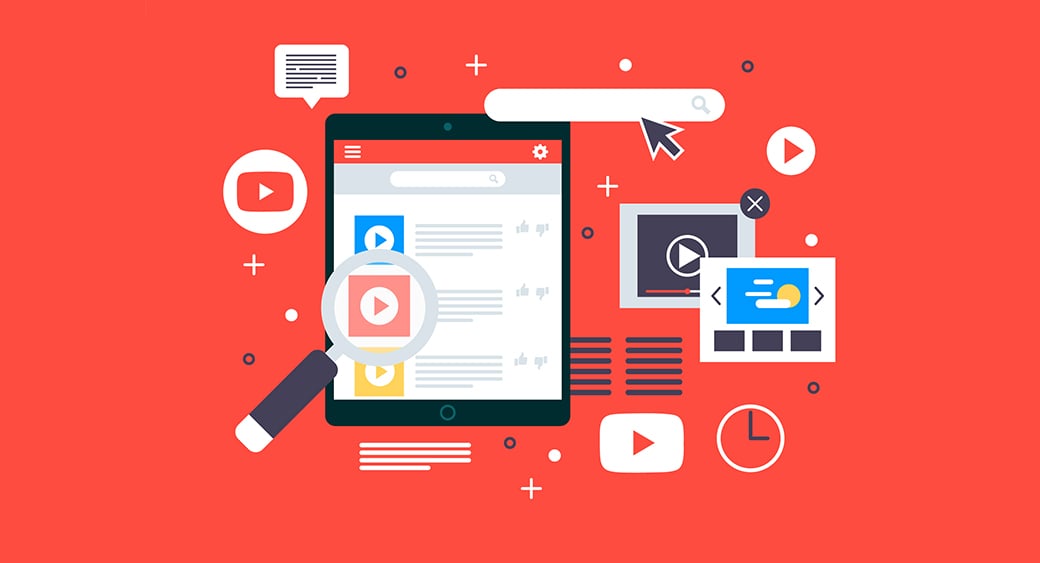 If you want to make large video files more manageable without compressing them or affecting their quality, the best option is to cut them. By cutting a video you will be able to split a large video file into several smaller videos that are easier to handle.

Additionally being able to cut large video files is essential if you want to create videos. The majority of videos consist of footage from multiple sources that are cut and joined together during the editing phase.

In short, there are numerous benefits to knowing how to cut large video files.

In order to cut your large video files, you’ll need a video trimming software. Such software comes in a large variety, ranging from basic tools to cut videos all the way to full-fledged video editors.

Some of the more popular video trimming software that you may want to consider include the following tools. 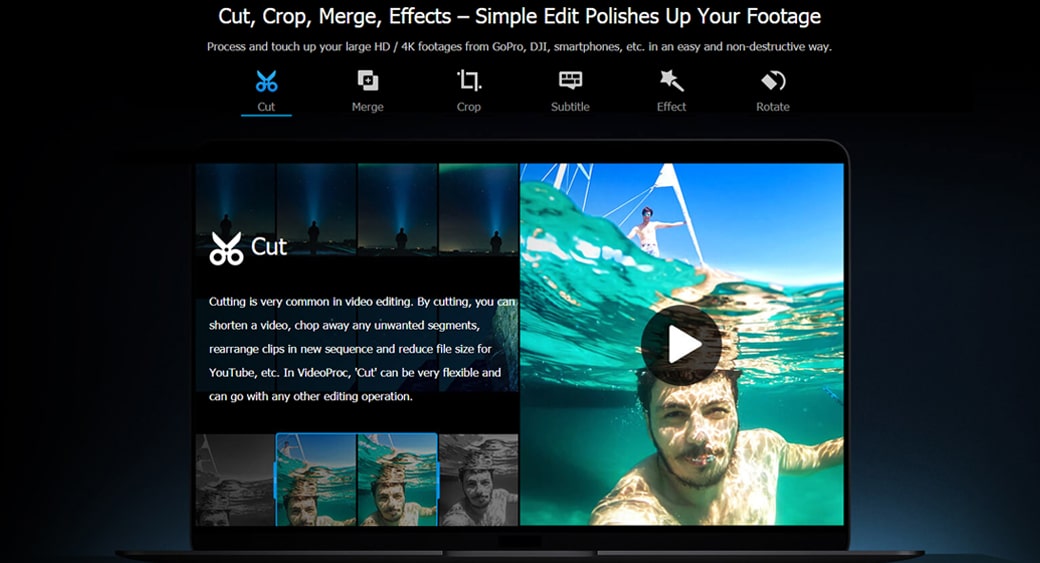 With a simple interface, with VideoProc you can easily trim and cut any videos without quality loss. Just drag your video to VideoProc and select the part you want, then choose an output format and go!

How about the speed? Processing videos with VideoProc is faster than most tools thanks to the full hardware acceleration tech, which can make full use of your hardware resources to boost processing speed while taking up a low CPU usage. 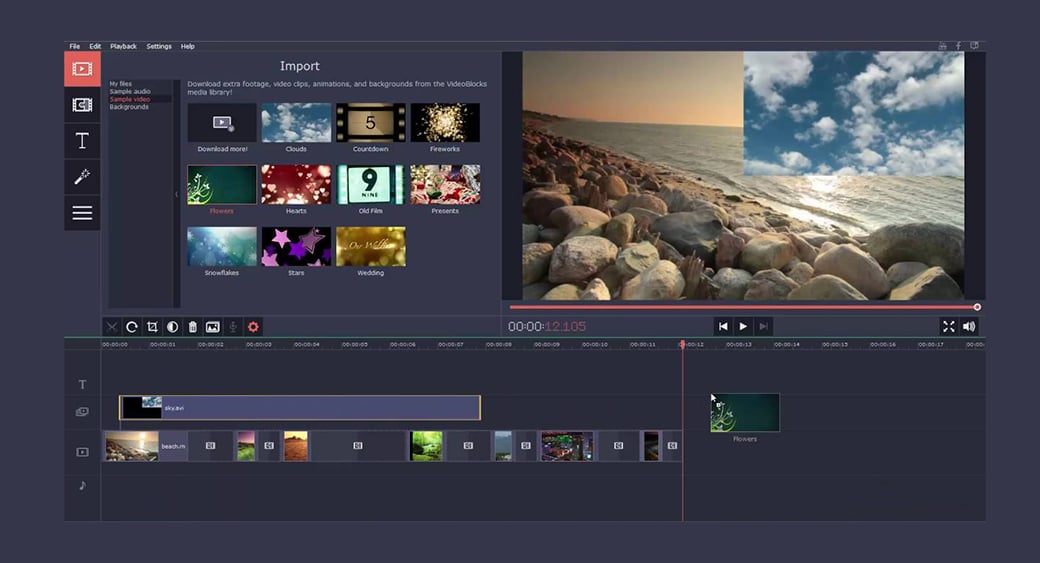 As a powerful video editor, Movavi Video Editor can comfortably cut and trim videos as required. Its intuitive approach will ensure that you’re able to trim videos easily and split large video files into parts.

Within Movavi Video Editor are numerous other features to edit videos, and it supports practically all video formats. In fact it there are hundreds of built-in presets that can be used to automatically encode videos in the best format and settings once they have been trimmed.

As you can see there are lots of options available in terms of video trimming software. Each of the ones listed above can capably act as an easy video cutter – and it is up to you which you prefer.

Ultimately it boils down to a question of whether you just want to cut and split videos into parts or edit them more thoroughly, and whether you prefer using online-based platforms or a video trimming software. 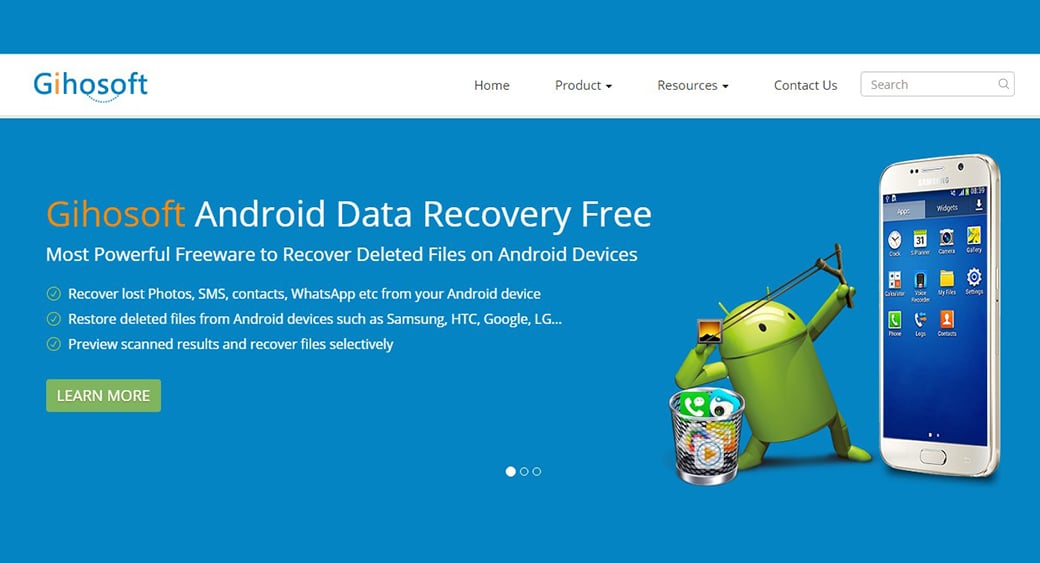 As its name implies the Gihosoft Free Video Cutter is a tool that specializes solely in cutting video files – and nothing else. It is an easy video cutter to use and will enable you to precisely mark the points where you want to split the video.

Considering how basic it is, the Gihosoft Free Video Cutter supports an impressive range of video formats. However, the encoding speed when exporting videos after they’re cut can be a little on the slow side. 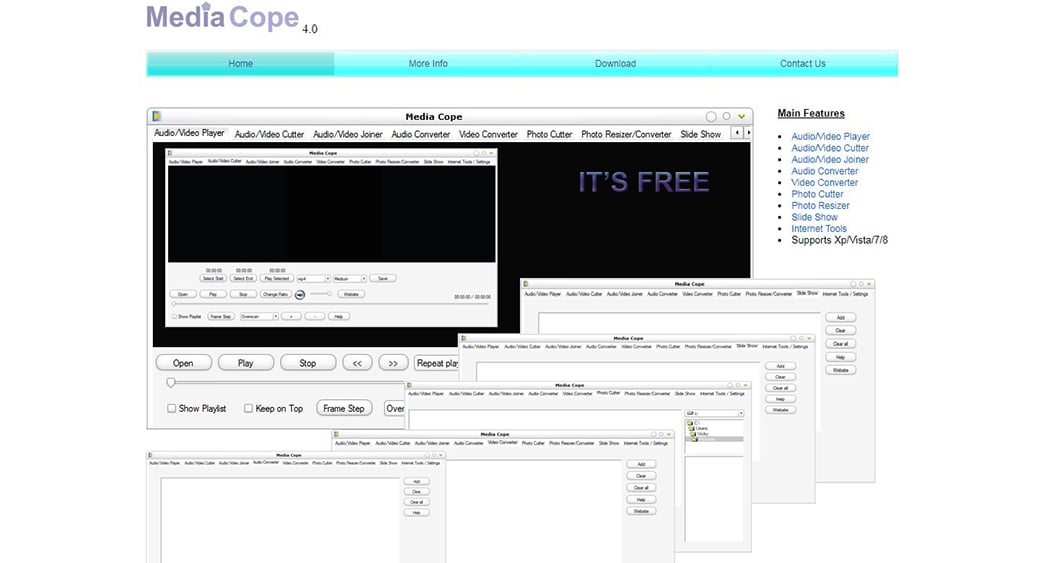 Not only is Media Cope designed to cut videos, but it is also a media player and audio cutter with some image editing tools thrown in. As far as cutting videos is concerned it is easy-to-use and effective, despite the dated appearance of its user interface. 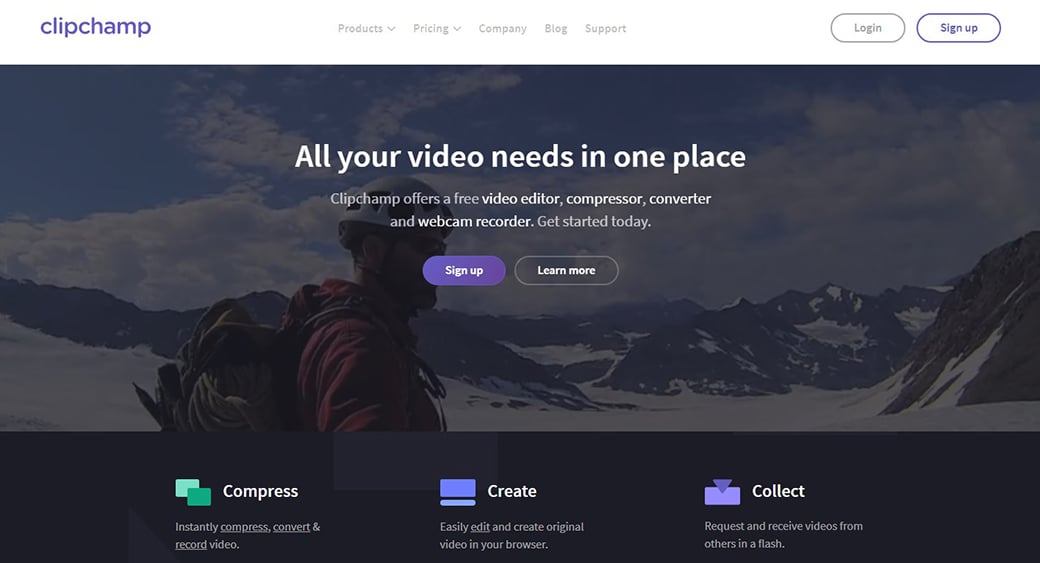 If you’d like to cut video file online, ClipChamp is one of the better options, especially for large video files. Unlike many other online video cutters it has no file size limitation, so you can upload and cut any videos that you require.

The features in ClipChamp are impressive and extend well beyond cutting and trimming videos. However the free plan can only be used to edit 5 videos per month, and if more is required one of the paid plans will need to be used.

Another option to cut video file online is by using the YouTube Video Editor. The editor will supply you with a variety of features that you can use to edit videos that you upload to YouTube – and one of them is the ability to cut and trim videos.


Because the YouTube Video Editor is built into YouTube it has the same file size limitations and verified accounts will be able to upload and edit video files that are up to 128 GB or 12 hours (whichever is lower). However, when you want to export and download the videos that you’ve trimmed you’ll only be able to do so in MP4. 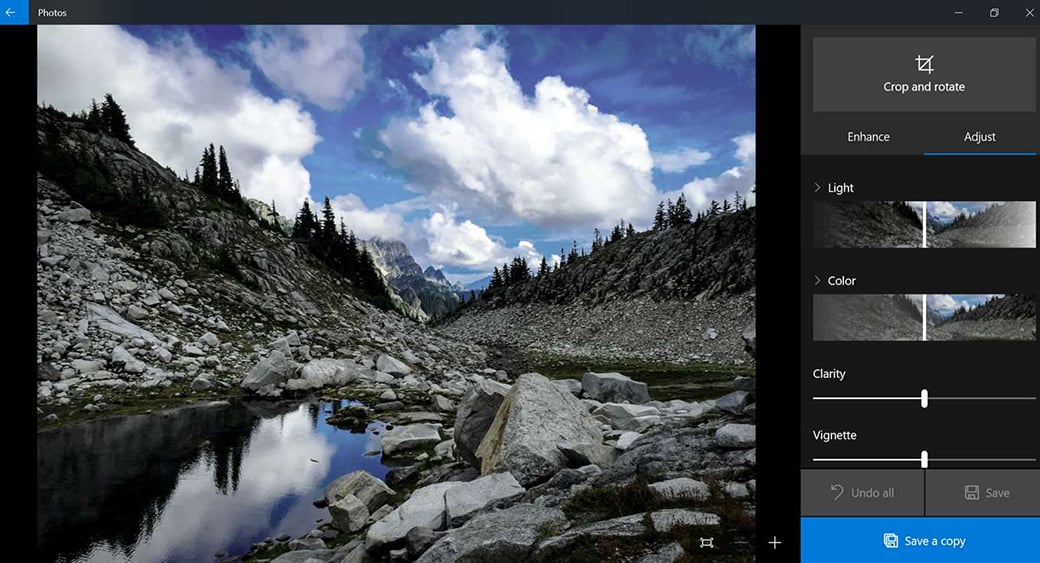 Rather than installing new software, if you’re using Windows 10 you can actually cut and trim videos with its built-in Photos app. Its functionality is fairly basic, so if you want to split a large video file into several smaller files you’ll need to open the original file and trim and save each part individually – which can get tedious. 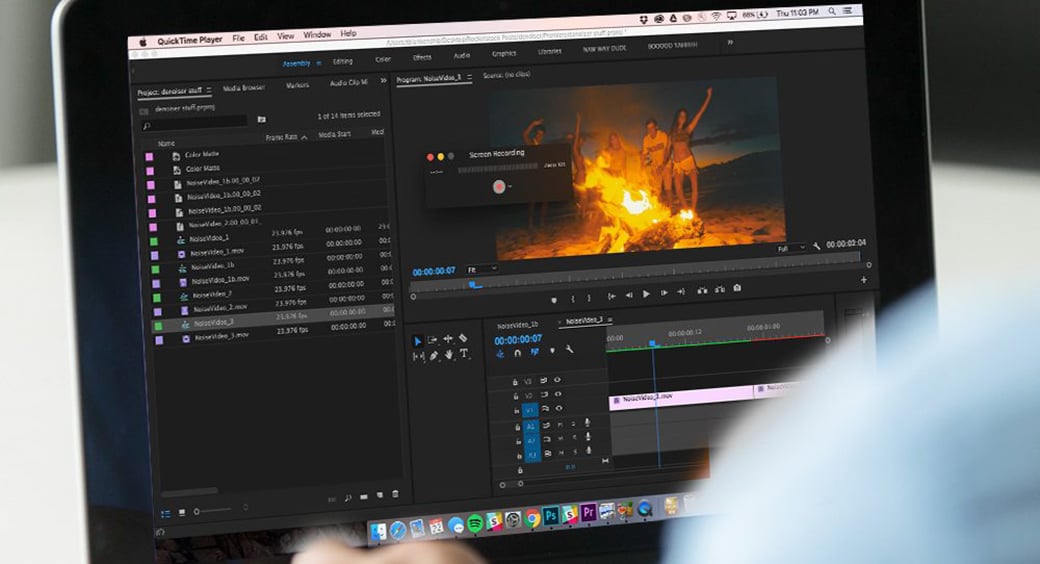 The QuickTime player that is built-in to MacOS (or downloadable on Windows) provides a trim feature as well. While it is basic as well, it is easier to split large video files with it as each trimmed video will be opened in a new window and you can go back to the original without having to open it up again. 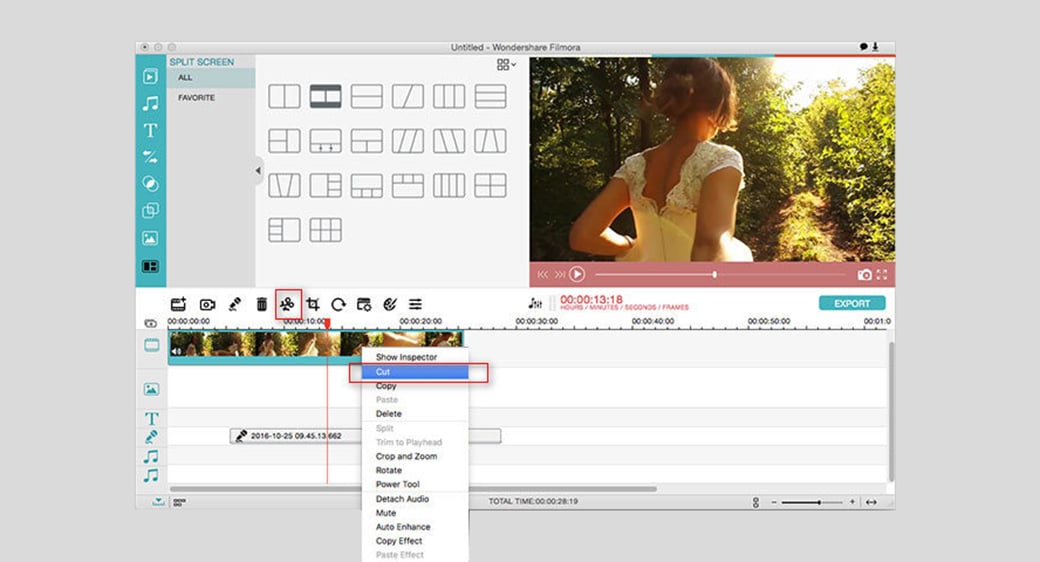 Although not a video editor or cutter by trade, VLC Media Player is a very popular media player that can act as a video cutter. Its interface to cut videos may not be the most polished, but in a pinch, it can get the job done and it does support a wide range of video formats.

How to Cut Large Video Files

Now that you’re aware of the various video trimming software options that are available – why not use them to cut one of your large video files? While each software has its own specific method of cutting videos, there are a few general steps that you should take when handling large video files:

1. Determine the number of parts the video file will be cut into

If you’re going to be splitting a large video file into multiple parts, you should have a rough idea of how many parts you need to split it into. The best way to determine that is to look at the file size of the original video, and the maximum file size that you want each part to be.

For example, if your video file size is 500 MB and you want each part to be a maximum of 100 MB it stands to reason that you’d need to split the video into 5 or 6 parts. It is generally better to estimate that you need to split it into more (i.e. in this example, 6), as dividing the file size in this way isn’t entirely accurate.

Next, you should watch the video and try to identify appropriate points where you could split the video without interrupting the flow. The idea is to avoid cutting the video in the middle of a sentence or at a particularly important moment.

Ideally, if your video is naturally segmented in some way (i.e. chapters, subjects, or talking points), you can try to cut at a break between the segments. However, if it is not you’ll need to find the next best thing.

In some cases this will mean that you end up with parts that aren’t the same size – but overall that is normally better than splitting the video at an inopportune moment.

As mentioned each software is slightly different but most will require you to position markers of some kind denoting the ‘start’ and ‘end’ of the clip and then will let you cut it accordingly. Some editors may let you mark and split the video independently, and then trim or export clips as you see fit.

In either case by the time you’re done with this step your video should be in multiple parts.

4. Exporting and encoding the video

When it comes to exporting the video you may or may not have limitations based on the software that you’re using. Based on the options that are available, you should try to select an appropriate format (MP4 with H.264 is normally a good choice), and adjust the other settings accordingly.

As a rule, you should try to use the same resolution and frame rate as the original video, as adjusting either setting could cause issues. On top of that, another good practice to get into is to save the video using filenames that label it based on the sequence of its parts.

If you follow these steps not only will you be able to successfully cut large video files, but you will do so in a manner that is optimal. By carefully considering the point at which you split videos it will be less disruptive if you play the video parts one after the other.

On top of that should you ever decide to join the video parts, it will be less obvious that it has been cut previously. Suffice to say it is an easy yet effective way to cut large video files and create multiple smaller videos from them.

Share this post:
Tags: video content video gallery video marketing video tutorials
Author: Austin Lee
Austin is a freelance blogger.
Thank you for subscribing to MotoCMS blog!
This email is already in use.
Something went wrong. We are fixing this. Try a bit later. 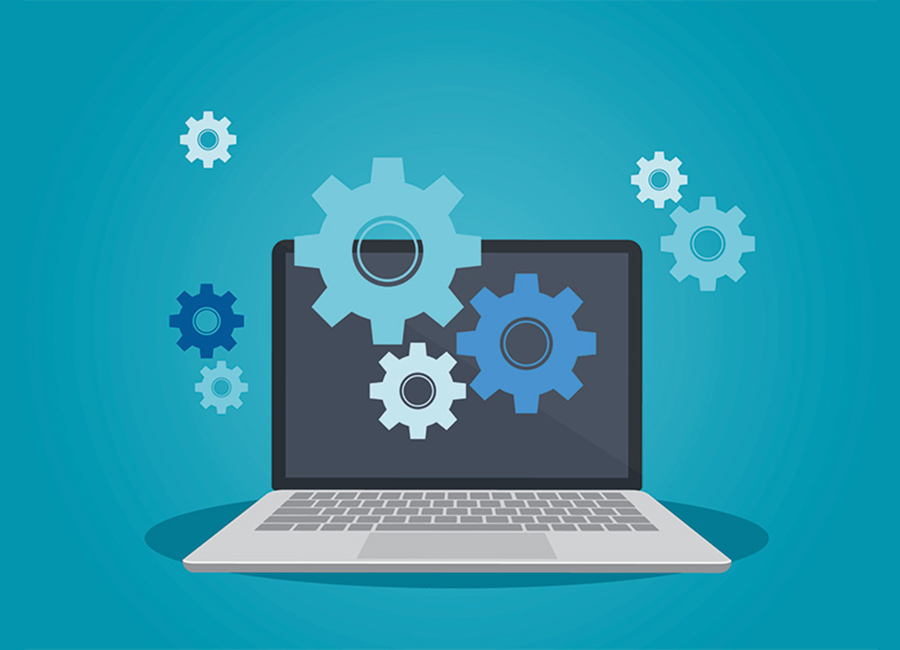 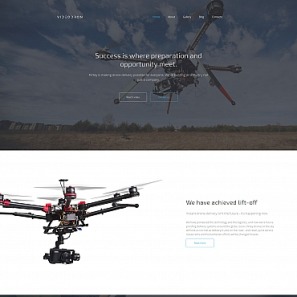 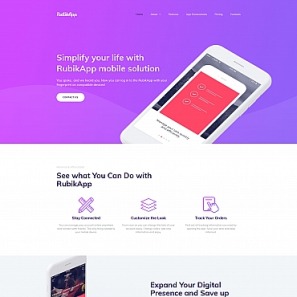 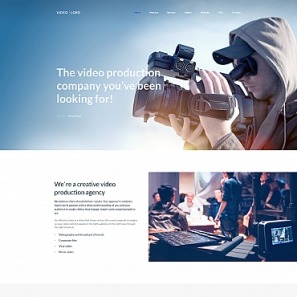 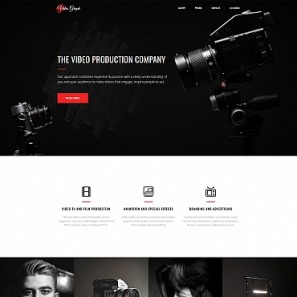 TRY FOR FREE
Video Graph
Video Gallery Web Design
PRODUCTS AND SERVICES
COMPANY
PROJECTS
CONTACTS
FOLLOW
Copyright © 2020 Site Building Technologies Ltd. All Rights Reserved
Privacy Policy | Terms of Use | Refund Policy
+1 914 233 57 88
Register Your Free Demo Version
with social accounts
or email
You’re Changing Template
Check Your Inbox
Check Your Inbox
Enter your Email
This site uses cookies and other tracking technologies to assist with navigation and your ability to provide feedback, analyse your use of our products and services, assist with our promotional and marketing efforts, and provide content from third parties. Cookie Policy
Accept Cookies
I agree to my data being stored and used to receive the newsletter. Privacy Policy.