Are you tired of creating the same-old advertisements that hardly make a difference? Are you scouting for a creative way that can differentiate your brand, cut through the noise, and win against the cutthroat competition in your target market? While many companies prefer the organic approach that involves learning SEO and content marketing to establish a strong brand image in the long run. But if you want a quick win and are ready to get a little bolder with your marketing approach, then you should consider leveraging comparative advertisements!

In this post, we will demystify the concept of comparative advertisements and look at its key benefits, best practices, and a few real-life examples.

What are Comparative Advertisements?

The goal of comparative advertisements is to simply present & emphasize how your product or service is superior to a similar product from a bigger competitor in your target market.

One of the best examples of comparative advertisements is the feud between Pepsi & Coca-Cola.

As you can see in the ad, Pepsi chose a bold way to compare its product with its main competitor — Coca-Cola.  The ad basically implies that people might buy a Coke but what they really want is a Pepsi. The ad went supremely viral in only about a week.  However, Coca-Cola made a savage comeback by using the same visual but altering the text message to demean the Pepsi brand.

If you’re a business planning to take on one of your key competitors with comparative advertisements, you’ve most certainly made the right choice.  There are so many benefits of comparative advertising compared to the organic marketing approach.  For starters, it can help your company to establish a solid unique selling proposition (USP) on multiple digital marketing channels, make your potential customers believe that your product is a close substitute for a leading brand in your market, boosts your brand awareness, and so forth.

Let’s look at the top 7 key benefits of comparative advertising to understand how it can help to grow your business.

Comparative advertising lets you tell potential customers about what makes your product unique in a direct, straightforward way. By comparing a competitor’s product with yours side-by-side, you can highlight the specific, factual reasons why your product is better, which strengthens its product image.

A similar scenario could be applied to the world of digital marketing. There’s an example of digital content that shows a side-by-side comparison of two SaaS products – Clickfunnels and Leadpages. It will help users to make more informed decisions.

Another real-life example is the comparison among the sales and recruitment tools ContactOut, Apollo, Lusha, and ZoomInfo, with side-by-side comparisons of their features and ratings.

Brand awareness is undoubtedly a vital factor for every business. You have to compare your product with the biggest competitor in your market, it can boost your brand awareness significantly for standing up to a bigger brand. The best way to do so is by providing factual information that makes your product a better option than an established brand’s product.

Moreover, to make people aware of your brand, you must use social media scheduling tools as posting at the best time helps in generating more brand awareness.

Comparative advertising has proven to attract the attention of a big audience more quickly than other marketing methods. This is because whenever a weaker or newcomer stands up against an established brand, it grabs people’s attention & helps in gaining instant exposure.

5. Convinces your Potential Customers to Try Something New

Winning a bigger pie of the market share is the ultimate goal for most businesses. Comparative advertising can help your business achieve that goal by attracting potential customers who currently use your competitor’s product. An effective comparative ad can convince your potential customers to reconsider their buying habits when they see the products they use are being negatively compared to a superior product.

Customers don’t always carry out extensive research because they often get used to buying a particular brand product for years. In such situations, comparative advertising can prove to be a game-changer. With an appropriate comparative ad, you can showcase the flaws of your competitor’s product and highlight how your product outperforms theirs.

7. Builds Loyalty in the Long Run

On top of attracting new customers, comparative advertising is a great way to strengthen your existing customer base. By seeing your comparative ad, they can feel validated about their shopping choices, which can ultimately encourage them to continue buying your product in the future as well.

However, it is critical to understand and abide by laws and regulations of the comparative advertising method to avoid getting sued by your competitors.

In order to yield the maximum results possible, you need to be creative with your comparative advertisements. After all, nobody likes to see ads in the same formats repeatedly.

To create a brilliant comparative ad that generates significant results, you need to get creative and come up with ingenious ideas in your copy, visuals, or videos. In fact, visuals (especially videos) tend to work best compared to other advertising formats. This is because videos are highly interactive, stimulating, and usually preferred over text.

Besides, most people prefer funny content over something dull or serious. According to a new research report by Oracle, 91% of people prefer brands to be funny, while 72% would select a brand that uses humor. The point is that if you’re going to utilize the comparative advertising method, figure out a way to add humor to make your ad more appealing to your target customers.

If telling a joke or mocking your competitor in a healthy manner does not align with your brand’s image, then you can always go for a different approach where you compare your product with a competitor’s on a factual basis.

However, if you’re mentioning some facts about your competitor’s product or making claims about yours, make sure that you can back your claim with factual information. Otherwise, it can easily lead to lawsuits and loss of credibility in the eyes of your customers.

Many years back, The Dannon Company claimed that their Activia yogurt DanActive dairy drink is scientifically proven to be helpful in improving digestion. However, the company couldn’t prove its claim with factual, scientific evidence and later was fined $21 million by the Federal Trade Commission, USA.

In addition to providing factual information, you also need to be specific when creating your comparative advertisements. A general comparison can either confuse your potential customers or mislead them. For example, let’s assume that you’ve recently adopted an eCommerce micro-fulfillment solution that now allows you to deliver orders faster than one of your key competitors. In this case, if you say that you can deliver orders faster than your competitors, then it may be factually correct but it is still a vague statement.

On the other hand, if you highlight specific information (i.e. time it takes to deliver an order by your brand vs the time it takes for your primary competitor), then it can certainly make a better impact and even divert some of your competitor’s customers towards your product.

If you’ve finally decided to give comparative advertising a shot, there is one rule of thumb you must always keep in mind: Never pick a competitor that’s smaller than your brand.

The reason for this is that when you compare your product with a smaller brand, there are many things that could go wrong such as:

This is why when you’re selecting a competitor to target in your comparative ad, always go with a brand that is either at the same level as your brand or bigger than yours.

Now that you’ve learned the best practices for comparative advertising, it’s finally time to check out a few of the most famous, real-life comparative ad examples you can take inspiration from.

Freshbooks and Quickbooks are direct rivals in the accounting software industry. Quickbooks has been around for a while and is a bigger player than Freshbooks.

To win against Quickbooks in Google search results, Freshbooks launched a Google Ad campaign for the search term “Freshbooks vs Quickbooks” using the comparative advertising approach.

Not only that but clicking upon this link takes visitors to the following infographic page that compares Freshbooks to its bigger competitor Quickbooks in six different categories.

Comparative advertising isn’t just for internet brands. BMW and Audi are two of the most popular luxury carmakers and had the most interesting brand advertisement wars of all time.

It all started with this Audi billboard provoking a response from BMW:

In response, BMW decided to strike back & made its move with this:

To fight back against BMW’s retaliation, Audi responded with the following new billboard:

The ad war finally ended after BMW featured its Formula 1 car on a branded blimp that was tethered to Audi’s latest billboard, as shown below:

Looking at this, you might think that BMW’s final attack made the brand winner in this ad war. But the truth is, both carmakers reaped the benefits of this ad war that sparked a tide of PR & social media attention.

McDonald’s and Burger King are both popular for their burgers and other fast food items. But because of its greater presence worldwide, McDonald’s has an upper hand over Burger King.

To highlight this USP, McDonald’s released a video advertisement in France where they put a gigantic directional billboard of Burger King being 258 KMs far with a McDonald’s billboard right next to it showing that it’s just 5 KM ahead.

In response, Burger King came up with a brilliant reply and used McDonald’s same advertisement for their own advantage with the following video ad:

Get Started with Comparative Advertising

Suppose a competitor in your market has a more popular product with a larger market share. In that case, you can utilize comparative advertising to boost your brand exposure, highlight your product’s positives against a bigger competitor’s product, and convince potential customers to try something new.

Tags: digital marketing ecommerce marketing strategies marketing tools online marketing social media
Author: MotoCMS Editorial
Here are the official MotoCMS news, releases and articles. Find out the latest info about product, sales and updates.
Thank you for subscribing to MotoCMS blog!
This email is already in use.
Something went wrong. We are fixing this. Try a bit later. 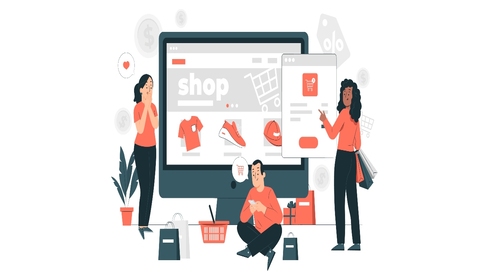 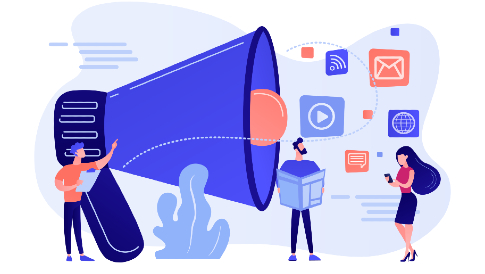 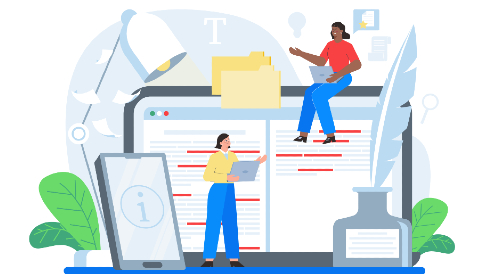